SMA cables are just as bad..

I use SMA connector savers on my big Tek sampling scope and have never
worn one out. A couple of these must have been used thousands of
times. I tighten by hand.

That depends on the torque setting you decided to use.
We use what the industry recommends (typically Pasternack).

Also some SMA are steel.

We used 11 inch pounds throughout and had wrenches that break over at
that set point with zero possibility of additional torque application
as other tools can deliver.

And that was on multi-million dollar satellite baseband gateway rack
sets with thousands of connections within.

When assembling to a panel the torque needs to be higher than the
torque one expects to mate connectors to it with.  That way they do not
loosen in the field.  Avoiding that type of connector is best but not
always an available solution.

Re: Amateur electronics in danger due to lack of DIP ICs
snipped-for-privacy@googlegroups.com:

Still an off the shelf enclosure with a custom paint job and label
burn.  Nothing to jump up and down about with flailing arms.

And if he uses the case to sink any heat, the paint job is actually a
blanket that would slow dissipation down a bit.

We do heat sink to the anodized extrusion. But paint would have made
an infinitesimal change in theta.

The best designs are necessarily accidental.

Re: Amateur electronics in danger due to lack of DIP ICs
snipped-for-privacy@highlandsniptechnology.com wrote in

Nope.  It all comes down to the emissivity difference between the
bare Aluminum finish and the powder coated blanket finish.  And if
the inside also got painted, the coupling btween the heat source
component and its attachment to the sinking surface.


So, NOT "infinitesimal".  Small perhaps, but not negligible and
definitely measurable.

That finish is NOT "anodized Aluminum" it has been powder coated or
worse a simple enamel, and neither are as emissive as the bare
Aluminum is.  If the extrusion clips did get anodized afterward it
seems a waste as only Hard anodization would provide any user desired
benefit. Chem etch is more common and often errantly referred to as
"anodized" when it really isn't.

I don't know what box you are talking about. The pic that I posted
(you snipped the link) is a semicustom box, definitely anodized.

Feel free to snip it again and talk about something else.

Look at my original response.  I didn't snip shit, jerk.

Extruded Aluminum does not have a pebble finish, and anodization
follows the surface texture it is applied to.  Maybe it was bead
blasted or something first, but that is not the appearance
anodization gives, nor is it the appearance that an extrusion die
leaves.  So it looks like powder coat.  Specifically the old mottled
look tool boxes used to be coated with.

JL said it was anodize aluminum and the color blasted off with a fiber
(pulsed high peak power) laser. Very permanent. Silk screens are a
pain to clean.

You can do things like mark serial numbers on the product as well as
standard panel markings.

The UV flatbed printers can do things like this: 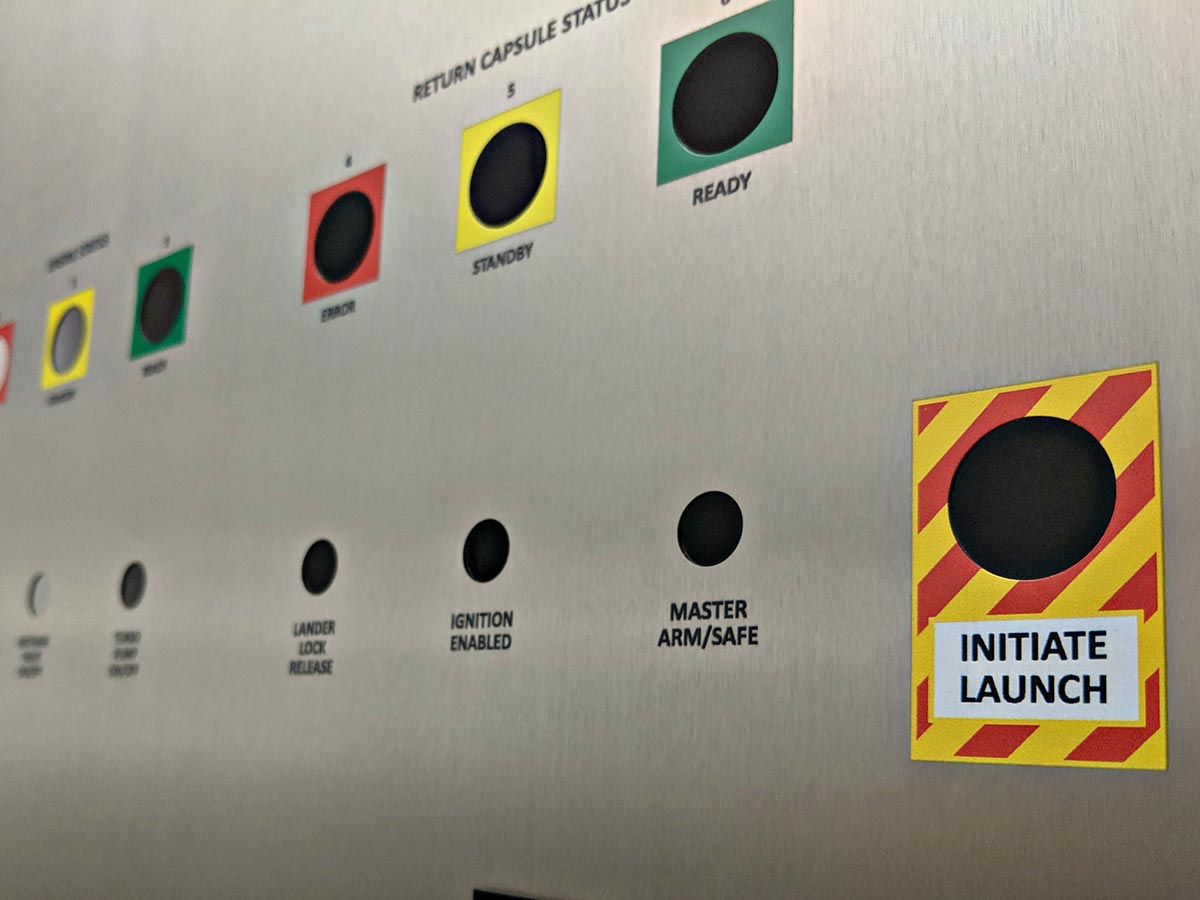 I used lasers to mark products and labels for years.  I do not need a
primer.  The debate was about the enclosure finish not the logo burn.

I think they bead blasted the extrusion to give it that hammertone
appearance. Hides a multitude of sins.

I can see the thickness of the blue stuff where we drilled holes. It's
pretty much zero.

The best designs are necessarily accidental.

They're still practically invisible AFAIC. I don't use parts I could
accidentally inhale.

"Andrey Semyonovitch really was rather stupid; he attached himself to the
progressive cause and 'our younger generation' from enthusiasm. He was one
of the numerous and varied legion of dullards, of half-animate abortions,
conceited, half-educated coxcombs who attach themselves to the idea most
in fashion, only to vulgarise it and who caricature every cause they serve,
however sincerely."

Re: Amateur electronics in danger due to lack of DIP ICs
wrote:

Get some decent optics and tweezers and some sample kits and practice
a little. It's not hard.

Nothing interesting comes in DIPS any more.

The cork popped merrily, and Lord Peter rose to his feet.

Just so. But he doesn't want to because
"My sideline is rescuing and fixing up RF boat anchors,
so I very rarely encounter SMDs at all, thankfully."

But he still whines about his choice to avoid learning
how other people in a similar position have succeeded.

Anything built in the last few decades is going to be mostly surface
mount. But then we tend to throw things away now, and not repair them.
Almost nobody publishes schematics any more.

Boat anchors are getting to be worthless. There is so much smaller and
cheaper and better stuff. I have some beautiful old Tek scopes that
I'd hate top throw in the dumpster, but a 500 MHz color Rigol makes
them useless.

The cork popped merrily, and Lord Peter rose to his feet.

No, it really is (for me at any rate). My unquenchable thirst for
knowledge led me to goof around with liquid mercury for a while when I
was young. I became quite infatuated with the stuff and the way it
formed amalgams with other metals such as silver and the properties of
those almalgams. Anyway, to cut a long story short, this obsession
resulted in my developing Parkinson's like tremors from a very young
age which I've never recovered from. So I'll be giving the tweezers a
miss, I'm afraid. They really wouldn't help.

True, but my interest lies in more fundamental pursuits. To take an
analogy from computing, people like yourself work in high-level
langugages and get a lot done in short order by using powerful and
complex chips. That doesn't appeal to me at all. I like assembly
language and machine code. It takes reams of code to get anything
done, but you get total control over everything and need to understand
every single aspect of what you're building, right down to the finest
details. THAT is what *I* get off on.

"Andrey Semyonovitch really was rather stupid; he attached himself to the
progressive cause and 'our younger generation' from enthusiasm. He was one
of the numerous and varied legion of dullards, of half-animate abortions,
conceited, half-educated coxcombs who attach themselves to the idea most
in fashion, only to vulgarise it and who caricature every cause they serve,
however sincerely."

Are you aware of having any of the other traditional symptoms?

Mad as a hatter?