Forums Home
Electronics Down Under
Re: T-ray security camera
Page 1

Hard to say.  He hasn't been there very long.
When the rats move on you know they have been outdone by PA.

He' ALLMAN now. No need for trains, he can get well and truly driven by
walking across the road. 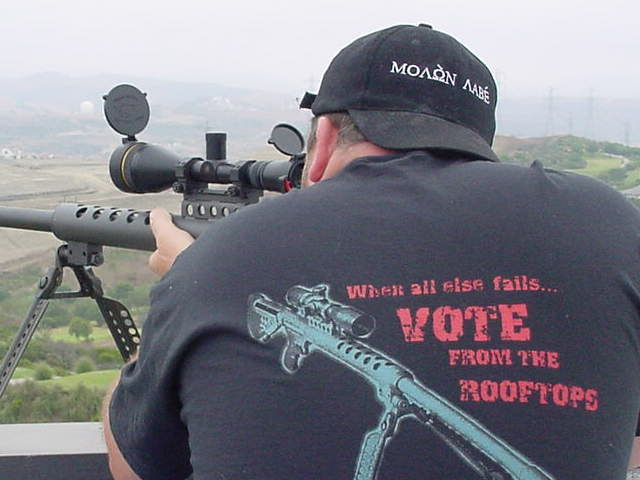 Phil moved?
Darn, I was going to be social and pop over for a cup of tea and some
toast.

Yep he's now at 8 Tintern Rd, Ashfield.   It's just around
the corner from the old Prospect Rd bed-sit dump.
see http://tinyurl.com/2k5wm6 for confirmation.  BTW it is
the PM one (Phillip Martin)  ;-)  Oh and click on the map
reference and you will understand Jeßus reference to
"ALLMAN" as that is the name of the Park Philthy is across
he road from.  The worry is there are public toilets there
as well mmmm....................

BTW We aren't sure of the flat number *yet* but bassett the
wonder dog was going for walkies there this weekend I
believe so we should know soon enough.

Ah, well there you go, I'm a bit behind the times obviously.
He must love that area. First Lackey St, then Prospect Rd, now Tintern
Rd, all within a cooee.
No moving sale?

Isn't there still a case of beer up for grabs if he nabs a photo?

Ah, well there you go, I'm a bit behind the times obviously.
He must love that area. First Lackey St,

Ahhhhh..... that fine establishment ;-)  You do know why Philthy left there
don't you?  Well he had a neighbour that put up a security camera to monitor
the"strange" comings and goings from Philthy's flat and it drove him insane
(well, yeah it did).  To the point where he was trying to work out how to
monitor the EM radiation from the guy's computer to see what he was up to.

then Prospect Rd, now Tintern
Rd, all within a cooee.

You mean walking distance?  No car, no license so the options are limited
;-)

BTW If you can recall the old dossers that used to push wheelbarrows around
then you will get the idea of PA's idea of removalists ;-)

Isn't there still a case of beer up for grabs if he nabs a photo?

I wasn't aware of that.  However, there would be extensive gratitude and
probably a lot of alcohol to anyone that dropped by and convinced Philthy
that his antisocial behaviour should cease ;-)

So the big question now is "when's the hovel warming party"?

Well, that could only happen on 2 days out of a month... also a question
of which day of week does mental disability payments fall on?

Dead right, when the Moon is full.

To save the poor fellow any undue expense I would have thought that everyone
would bring a plate and their own drinks and not to mention their own
personal media player (in case the big Quads are down again) ;-)  Also since
there is a park over the road a cricket or baseball bat for when the fun
starts.

But OTOH if Philthy only invites friends then 1 packet of chips and a small
Coke will be more than enough :-)

What WILL he do with the leftovers?

In the older suburbs of Sydney the rats are the size of cats ;-)

Is that how Phil gets his meat proteins?  Toss out a few chips, and
catch the rats for lunch?

He's just moved,  as he ran out of rats at his last address,  An I bloody
missed him by  "that much"

Better luck next time.  OTOH, who knows?  If he gets hungry enough,
he might chew that chip off his shoulder.  Even better, he could eat all
of his fingers, and won't be able to type anymore.

You didn't miss him by much.
The little tosser moved just around the corner to Tintern Rd, Ashfield, near
Allman Park.
Bigger rats?  Maybe not - just a lower class of rat. :P

Are you saying that Phil will fit right in, then?

Sorry, there is no toast. The toaster is broken...

Well yes but there is back up ;-)  Philthy has (on loan) some Quad ESL57s.
Now for the uninitiated these things look like old fashion toasters or open
fireplace fire guards.

http://www.mykindofmusic.com/graphics/quad/esl57neu.jpg1 is a chair the
other is a speaker.  You get 10 points for guessing the right way around ;-)

Now the instructions for use are as follows:

1) Place bread on ESL outer grates
2) Select heavy rock music (or Organ recital) with bass
3) Use near maximum power setting on any amp
4) The diaphragms will arc out on the stators causing an electrostatic
discharge
5) Hey presto - zapped toast ;-)

Tips:  ACDC/Deep Purple for crispy - burnt.
Phil Collins/Queen for light brown
Beatles/Stones for warm bread
The Wiggles for soft, room temp bread
The Mormon Tabernacle Choir or The Osmonds for instant soft on ;-)

I hope this dispels any fears of not having toast at Philthy's ;-)

PS Bring scones just in case.  You know how Philthy likes to tinker with
these things ;-)

Re: T-ray security camera
put finger to keyboard and composed:

... so I followed it up at ThruVision's web site.

I believe this is the European patent that describes the technology:
http://www.freepatentsonline.com/EP1889097.html

If it's a joke, then someone's gone to a lot of trouble over it.