I would like to use a pressure sensor to measure the level of water in a
water tank. Being a cheapskate I was going to use the oil pressure sender
from a car but I calculated that for 1m of water I would only get 1.4psi
(0.1bar). Does anyone know where I might find a cheap pressure sensor for
such a task? Jaycar have a sensor but I'm not sure if it likes water:
http://jaycar.com.au/productView.asp?ID=ZD1904&keywords=pressure&form=KEYWORD

PS, please ignore post in alt.comp.hardware, I posted to the wrong group by
mistake.

Why does it have to like water?
Shouldn't be difficult to arrange the connecting tube to have air in it.
If vapor bothers you, put a loop in it with some oil to isolate the wet
and dry parts.

Thanks, I'm willing to give it a try. I had considered this but was not sure
it would be a problem or not.

Are these variable or switches though? If they're variable they might just
be perfect, thanks.

Re: Low pressure sensor
Yes, they are variable with a small screw on the back. Make sure you re-seal
the screw so they don't leak air.

But I presume they don't have a variable output with a variable pressure,
that screw just sets the point at which it switches. My washing machine has
a dial you can set fill volume but I bet the dial is directly connected to
the screw you're talking about.

some have an input so which adjusts the switching level.
it may operate at 240V though.

here C1 is a length of figure-8 cable (or several lengths)
sealed at the bottom running from top to bottom of the tank.

Well, silicon chip, if I remember it correctly, had a such a project
quite a few years but, but I think it used a sound transducer to measure
the distance. Might be easier.

have you worked out the difference in pressure between a full and an
empty tank?

I'll see if I can google it.

There are some sensors around for recording pressure at the level of
human breath. Last time I looked, about 10 years ago, they were around
$10 bare. Just connect one of those up to ADC  and feed it into your
computer. Simple serial or parrallel feed.

In the past people have several times asked here for something
similar. A project in the April 1994 issue of Silicon Chip has been
mentioned a couple of times - it used an ultrasonic transducer to
detect the level.

The UK magazine EPE featured a  Water Level Gauge project in September
2006. These days most of the projects in EPE are re-runs of Silicon
Chip projects but that one was an EPE original, using a pressure
sensor (specifically, a thing called a 24PCBFA6G, 0 to 5 P.S.I.).

Re: Low pressure sensor
finger to keyboard and composed:

The design includes a telemetry version. 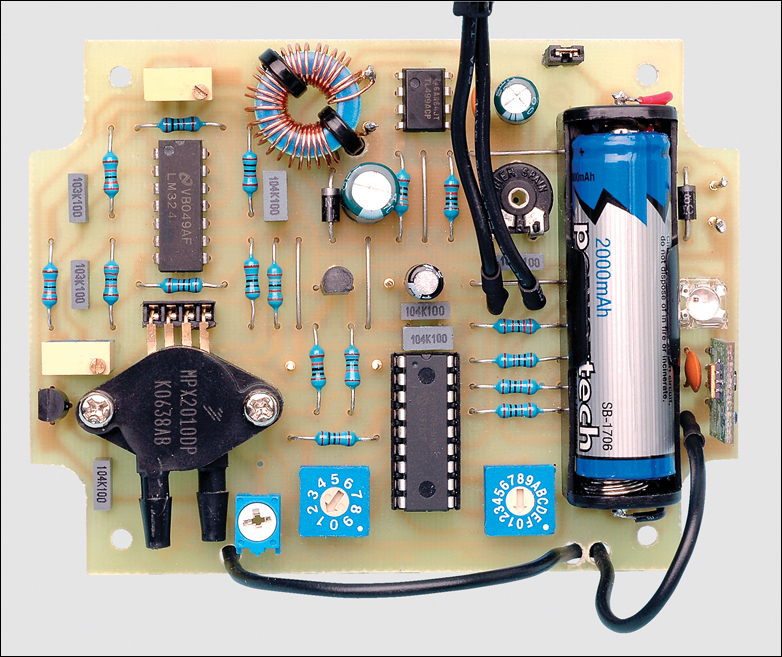 Is your water tank easily accessible/visible?, if so then a proper dial
gauge is a much better and simpler idea.
Bunning's sell this exact one for like $20-$30:
http://www.enviro-friendly.com/budget-tank-level-gauge.shtml
Top quality, made in Germany or somewhere like that, one hole to install,
and works perfectly.

I really want to be able to see the level from my PC. A bit silly I know.
:-)

Goggle Groups, and Web TV users must request to be white listed, or I

I know people who've used a webcam for that. Cooler than just some indicator
on your screen.
And if you position it right (i.e. gauge to one corner of the image) you can
also use it as an outdoor weather and/or security cam etc.

Nice idea but I would really like to be able to make automated decisions
based on the amount of water in the tanks, eg water the garden more if the
tanks are full. I think I'll just go with the jaycar sensor as it's easily
available and not too expensive compared to other costs. I think the silicon
chip article was based on this same sensor. Thanks everyone for suggestions.