Got a notice about retirement of copper

Most important will dialup modems and fax work?

A while back almost had to because squirrel ate my line

My line comes in from back of house but power from front.  But my phone lines
branch out form middle of basement where laundry & hVAC are and there is
plenty power.  Grammar school chum who became electrician told me I should
tell them to install fiber there. (He said some may be ornery but I would be
right torequest it.)

Now new notice says I can have OPTIONAL backup power and they use D batts.
Maybe they have changed?

Other than tell them to put it midhouse, do I have anything else to worry
about?

Re: retiremen tof telco copper
When copper goes away, so will "robust" phone systems, big central switches
, and line-powered devices such as ringers and flashers (for deaf people).


What good does as battery back-up do when power goes down and your local fi
ber-box (NOT backed up by batteries) goes down with it.

When Sandy struck around here, our (copper-based) phones worked just fine.
Fios, Comcast and the rest of them did not until the providers put a small
portable generator chained to each pole with a box. That took about 48 hour
s. Some cell towers were down after their batteries local failed - again un
til the providers brought in generators. But those were a bit larger. Power
was out for a full seven (7) days.

Although we have a generator, our phones never failed during that time, eve
n for a moment.

And for those who are really paranoid - a conventional dial-type ringer pho
ne on a copper network fed from a central switch remains pretty much immune
to EMPs. Lot of good that will do, except for, perhaps, the roaches.

Re: retiremen tof telco copper
Yeah, I know. The squirrel cut my line a few weeks after Sandy.

Cable and fiber were down all over my nabe during Sandy


Which brings me to ask:


Will DSL and surge filters interfere? I don't nee dthem to work.
Obviously, fibe ris immune to lighnting (is it?) and
the DSL never worked, but i don't rememeber wher eall the filters are.

I rememmber during the 1977 blackout I found out my line was 48volts.
How do they do 48v with D batts?

They don't use D batteries.
< 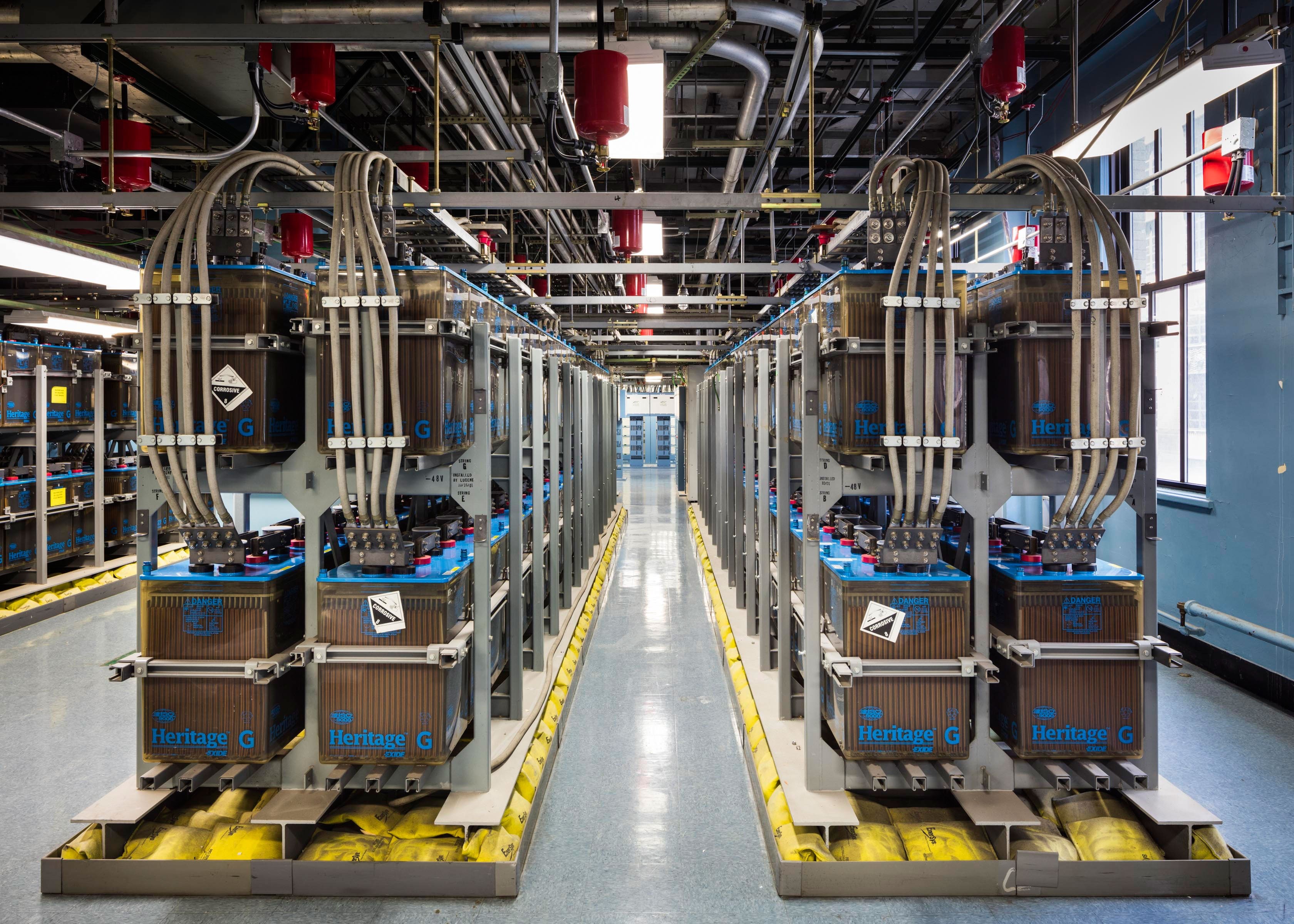 You aren't current, Verizon is now distributing a "Voice Backup
Device" which uses 12 D batteries. That's what I got when I switched
to FIOS last year. I would have preferred a lead-acid gelcell
rechargable, but they've discontinued those for new installs.

Re: retiremen tof telco copper
The question was how do they get 48 VDC, not how home-equipment is backed u
p.

To my way of thinking, not automatically providing such back-up as part of
the package verges just short of criminal. Keep in mind that Great Aunt Esm
eralda may not understand this distinction, and be left flapping when Great
Uncle Percival needs emergency services  - or vice-versa. Fine print notwi
thstanding, critical services should not be a self-service thing, but they
should stand on their own. Water, sewer, Phone, Power. One failing should n
ot in any way affect the others. Full Stop. Only the "Phone Companies" are
getting away with this. And we are sitting by allowing it to happen.

> and line-powered devices such as ringers and flashers (for deaf people).

DO YOU EVER THINK BEFORE YOU TYPE. I DON'T HAVE A "COPPER" LINE BUT MY
LANDLINE RINGS JUST AS FINE.

SO YOU MUST HAVE HAD A LOT OF GAY FONE SEX THEN.

> central switch remains pretty much immune to EMPs. Lot of good that
will do, except for, perhaps, the roaches.

SO WHEN AN EMP HITS YOU CAN STILL HAVE YOUR GAY FONE SEX JUST AS LONG AS
THEY SUPPORT ROTARY DIAL FONES.